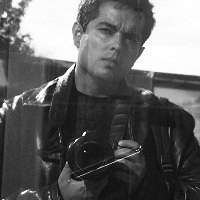 Ashish was born in New Delhi, which is a veritable melting pot of cultures. Where every street is a home to a dozen languages, where garments and cuisines change at every turn, and where Mughal domes peacefully co-exist with modern skyscrapers. He discovered his artistic penchant early and picked up the electric guitar, eventually forming his own rock band called Zephyr by the time he was 17. Then, he discovered a world where the language of expression was not verbal music but visual music, and he spent his formative years pursuing fine arts in the College of Art, Delhi.

After completing his BFA and dabbling with easels, sculptures and installations, he found his calling in an image, eternally frozen in a moment. 16 years later, the artistic journey is as satisfying as ever. Till this day, he says he has yet to encounter something that’s more expressive, communicative or enchanting than a well taken image. Having experimented on all formats of cameras and different genres of photography, Ashish has managed to develop a very graphic and unusual style that can uniquely be called his own.

"Everyone can learn the technique of lighting. What is very

difficult, and what you can’t teach is a feeling for the light, a

sentiment of the light." – Nadar